Today we took pastries to our son’s former caseworker. She not only placed him in our home but she also walked us to the finish line to finalize his adoption. It was her birthday and we wanted to see her before we move. I will never forget the first time I talked to Alison on the phone. She called to let me know she was picking up Benton from the hospital and would be at our house later that day. I could tell in her voice she was worried about him. We were new foster parents, unknowns to her and she cared about this little baby so much already. When she arrived at our house with him tucked into his car seat, she came in my door and put his seat on the table. I couldn’t believe how tiny he was and I just burst into tears over the weight of what we had signed up for. That night, his first night in our home, I accidentally butt dialed her in the middle the night as I was waking him up to feed him.

Over the coming months we would see her at least once a month and talked more often than that. She would update us and let us know when visits were on and when they were cancelled. She made us feel like we were a part of the process but more than any of that, she never gave up on his birth mom. She had tough love conversations with her. She got her resources to begin her journey to wellness. She didn’t quit on her. Because of this, I have stories to tell my son about how hard his first mom tried to be with him. He had several months of regular visits. Because Alison never gave up, I have a notebook of letters that his first mom and I wrote back and forth to each other over those months that I will one day give him. Those are precious gifts to me and to our little boy.

I would imagine that being a caseworker is an exhausting job. I would also imagine that it would be very easy to let that exhaustion compromise the important work you do or become callus to the despair of others. But I will tell you this, when we came in to see her today. She cried as my son played and laughed and counted and chatted with people in the waiting area. She has not been made hard by this work. She may be tired but she isn’t running from the hurt of the job she does. She is brave.

As we left children’s services today, I looked at Benton and said, “Miss Alison got to hold you before Mommy. She is an important part of your journey to get to us. She kept you safe until you got to me. Do you understand?” And just like he responds to almost everything right now, he said, “I doooooo.” But one day he really will. There needs to be a word bigger than gratitude because that word, that is what we feel.

It was 1:25pm when we pulled out the driveway. Benton is in the fun stage where he refuses to nap but is a grumpy turkey during the time when he should be napping. Put him down for a nap anyway you say, no thanks. Last time I did that he stayed awake and emptied an entire tube of Butt Paste into his hair. Let me tell you how easy it is to get something that is designed to be water resistant out of a thick head of hair. Sigh. So in lieu of napping, we sometimes just try to get out of the house to avoid the grumps. Today’s mission was to drop donations off at Goodwill and go to Kroger to pick up some odds and ends for the rest of the week. We got to Goodwill and as I put the car into park in the drop off area, I looked in the back seat and there he was, sound asleep.

Should I risk waking the bear to get the things I need at the grocery store? I sat in the parking lot for a moment and decided that I wasn’t going to pick that battle today. Benjamin will not die from not having an apple in his lunch tomorrow but I may actually die if I have to push a screaming, irrational toddler through an entire Kroger.

So you know what I did? I did this.

I took myself to Dairy Queen, whispered my order through the drive thru intercom and pulled into a parking spot and ate an entire ice cream sundae by myself while listening to NPR (like the good elderly millennial I am). And you know what I don’t have? Mom guilt. Do I do this every day? No. Do I even think this is self care? Nope. But sometimes a tired Mama of four wants to sit and eat ice cream and not share and I say that’s okay. Better than okay. I say it’s awesome. So guess what? There aren’t any apples in the house and I just made peanut butter and jelly sandwiches on hot dog buns for tomorrows lunch but I ate Dairy Queen today in a quiet car. Bahahahaha! I win!

When your frustration level is at it’s height sometimes you have to look for a little win. Maybe your win is silent Dairy Queen. For me, most times it’s a long run with my music loud. It may look like a cup of hot coffee for you or just a quick moment with the windows down in the car. Whatever it is, seize it. We are better moms when we take a deep breath and steal a quick win. May your Wednesday include a win! 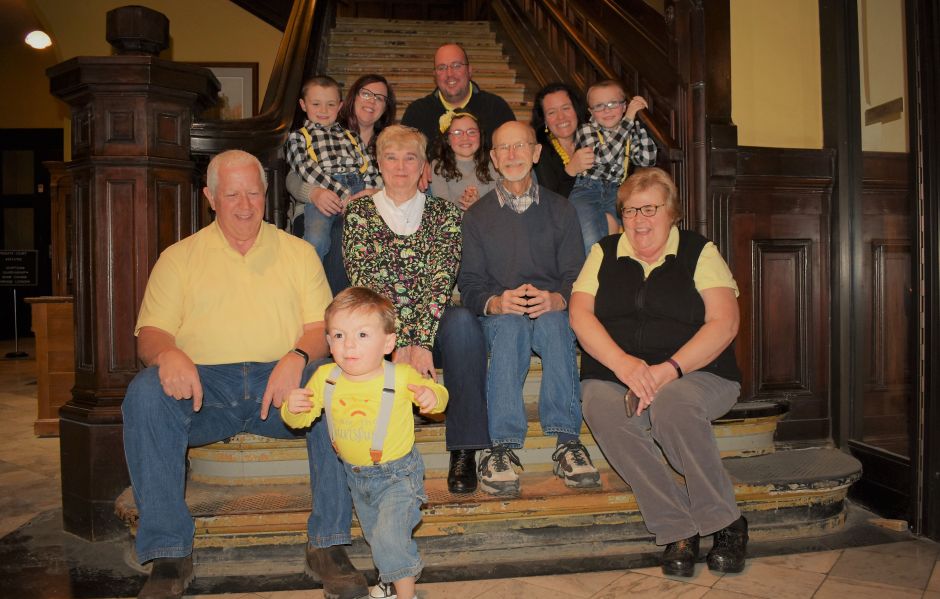 It’s been a minute or 957,600.  I have started numerous blog posts and published none of them because we were swimming in the trauma, exhaustion, blessing, joy and grief that is foster care.  To say that it has been a roller coaster doesn’t do it justice.  The highs along the last couple of years have been so high and the lows have been devastatingly low.  We have experienced the unbelievable blessing of adoption and the unusual grief that accompanies that.  We have dealt with the post adoptive blues which I was totally unprepared for and will talk more about in another post.  I have experienced the heaviness of working in child welfare while doing child welfare in my home.  Our compassion has grown immeasurably.  Our family has grown by two little and very busy feet.

Each year that passes, I look back and think, that was a little insane.  Next year will be calmer but that isn’t true.  In the last 12 or so months, I started a new job, lost 70 lbs, ran a literal marathon, finalized the adoption of our son, supported my husband in a job search and we are now finalizing the sale of our home and the purchase of a new one as we move out of state.  Needless to say, not much has happened since we last spoke (insert eye roll).  As I think back over the last several years they are all full of change and excitement and craziness and I’m certain it will continue like this.  Moving forward means facing change and we Gabbards are moving forward.

I hope you will join me again I share about our family, our adventures and the lessons we learn along the way.